“The level of commitment shown by the state government machinery is unprecedented in the LMIC context. I hope this gets translated to some intervention models which can be scaled up at a later date”, says Philip Mathew, Public Health Consultant at ReAct Asia Pacific.

The meeting was led by the state Health Minister, the state Health Secretary and representatives from the World Health Organization and National Centre for Disease Control, New Delhi. Delegates from the state government departments of health, animal husbandry, dairy development, fisheries, and environment participated in the workshop.

The presentations during the day focused on research work and interventions done by the respective departments and institutions. The Health Minister said that the government is committed to fighting antimicrobial resistance and assured all those present of all possible help- financially and administratively. The Health Secretary remarked that there is a lot of duplication in the research work being carried out by different institutions and that there is a need for a platform to share the findings.

The afternoon session was dedicated to group work, each group was given a topic to discuss based on the National Action Plan on AMR. The groups were based on the domain expertise of the delegates to discuss the National Action Plan in context of the state. The discussions were robust, and many lacunae in information sharing were discovered during these discussions. Each of the groups presented their findings, and the rest of the participants evaluated the feasibility of their recommendations in real-time.

A State Action Plan on AMR to be developed

It was decided that Kerala will move towards the formation of a State Action Plan on AMR, the first sub-national plan in India. The need for a state plan is great.

The State of Kerala will also celebrate the World Antibiotics Awareness Week, to raise awareness among the general population about antibiotic abuse and emergence of drug resistance.

Kerala will show the way

It was unanimously decided that Kerala would attempt to show the way to the rest of the country in the fight against antibiotic resistance, and build models for intervention which can be implemented across the country. A government working group was also formed that would meet at regular intervals to monitor the progress of the State Action Plan and also to ensure inter-sectorial coordination. 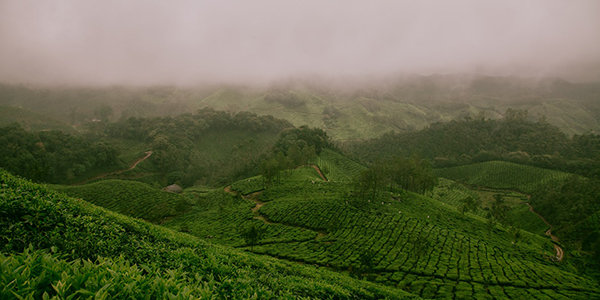 ReAct Asia Pacific and the State of Kerala

The state of Kerala is in the southern part of India and is known for its hills, lakes, and beaches. ReAct Asia Pacific has been engaging with various stakeholders in the state in 2017.

ReAct Asia Pacific had a workshop on antibiotic use in non-human sectors in early 2017. The workshop was a success with participation from 5 government departments (including the Directors of two departments) and multiple universities/institutions. This was followed by a large workshop to engage civil society organizations, which featured 63 participants from 31 different organizations. There were multiple other initiatives like booths to sensitize farmers, symposia for students. All these initiatives appear to have had an effect to initiating a spark about antimicrobial resistance in the state. ReAct network congratulates the government of Kerala in taking the path-breaking decisions to take AMR as a priority and move forward in making a State Action Plan on AMR.